At the beginning of last year's off-season I shared my proposal for a mascot for the Philadelphia Union. I've been busy, sharing my story with other Philadelphia soccer related websites & podcasts. Their hosts and their audiences, encouraged me to continue my efforts, so I decided it was time to unofficially present Rob's idea to the entire Union family.

At the 2016 Philadelphia Union's home opener, I had a special guest attend the game with my family. Mitchell Kramer, a long time professional Benjamin Franklin impersonator, stood for the Blue & Gold at Talen Energy Stadium. As if it were scripted by Rob himself, CJ Sapong scored two goals to open the season off, and my son's favorite Union player Sebastian Le Toux scored in extra time. My nephews received the very first Union Goal Proclamations. My son James received the third Goal Proclamation.

As I suggested in my original Fan Post, an extra Goal Proclamation signed by both Players was donated to the Team Incredible American Cancer Society Found raiser group. A Union fan won the Goal Proclamation at a silent auction for 250 dollars. During this time I met other fans interested in this project, and they assisted me with an additional demonstration of this idea during the July 17th home game against the New York Red Bull's. While presenting our idea this photo of Ben Franklin on the Bridge Deck was captured, this amazing photo brings to life the very idea Rob described to me, during our discussion back in 2013. 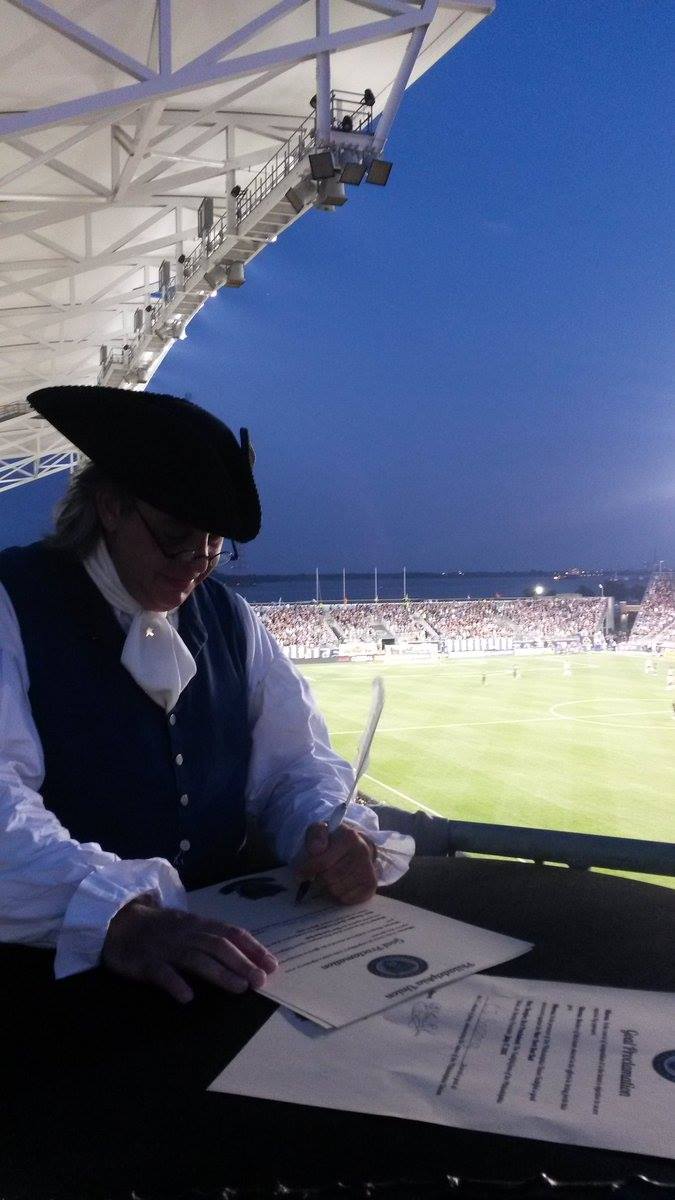 Phil West, a contributor of fan related stories for Major League Soccer's website, wrote an article reporting on our efforts to add Team Ambassador Franklin to the Philadelphia Union game day experience. As part of his coverage of our efforts, Ambassador Franklin and I attended the August 20th home game against Toronto FC. At the conclusion of this game, we were able to achieve all of the proposed benefits of having a team Ambassador. Ben shared laughs with fans as they were enjoying the tailgate parties, fans of all ages were excited to take selfies with Ben. Youth teams took the opportunity to take team photos with Mr. Franklin. A local charity benefited from the donation of a Goal Proclamation. Union players received their Goal Proclamations earned while playing home games at Talen Energy Stadium. 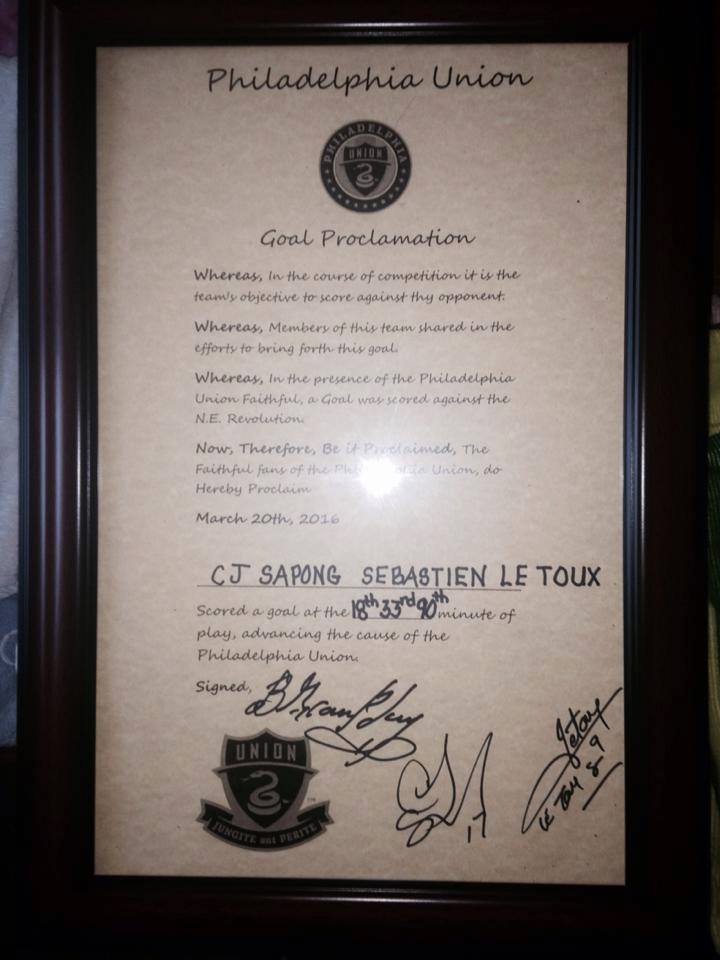 While working on this project, I've had the great pleasure of meeting several Union fans. Many of them were caught completely by surprise as they met Ambassador Franklin for the first time. Their first reaction, they grabbed their cell phones for the opportunity to take a selfie with Ben. The young and old alike recognized the connections between Benjamin Franklin, the team's colors, crests and it's supporters group. The 2016 season gave us a glimpse of what the new Union can do on the field. I am very excited about what we the fans can do to make 2017 the Best Philadelphia Union Season EVER !!! I hope to see everyone at Talen Energy Stadium to Stand for the Blue & Gold !!! 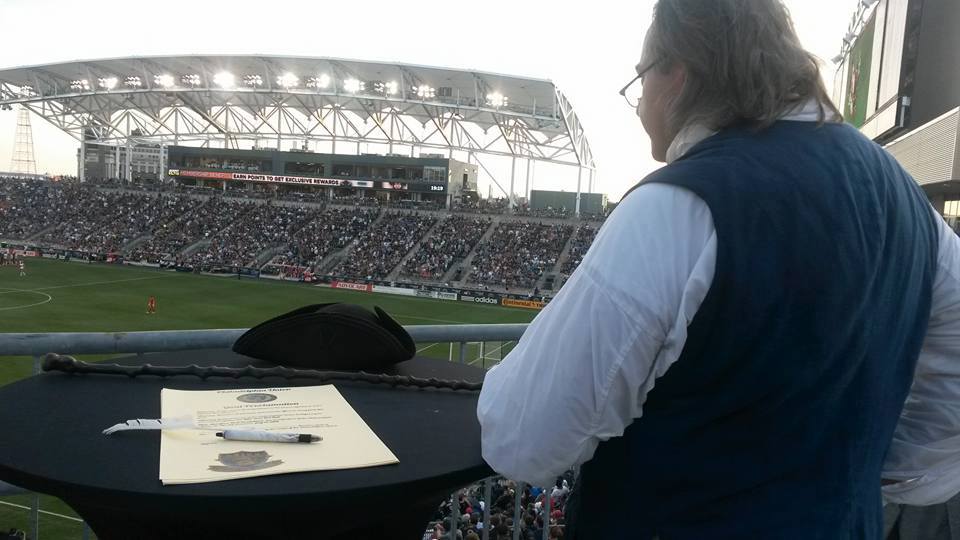