The staff of Brotherly Game offers up their ideal starting XI for the rest of the season. Hopefully when the curtain comes up on the second half of the season, these ideas are in place.

The curtain has been lowered on Hackworth's act as Union manager and it's time to write a new drama. The World Cup break and the start of a new regime gives the staff at Brotherly Game the opportunity taking a crack at writing the first scene. Below is a collection of the ideal starting XIs for the rest of the season. We allowed ourselves one new acquisition which most used on the midsummer night's dream striker promised by the front office. So without further ado about nothing... 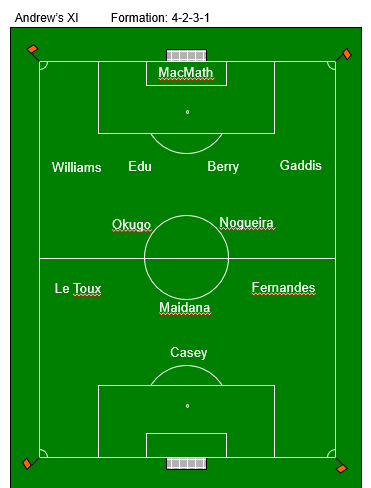 Editor's Note: Andrew put Edu at center back before the Harrisburg match, where Edu played center back. 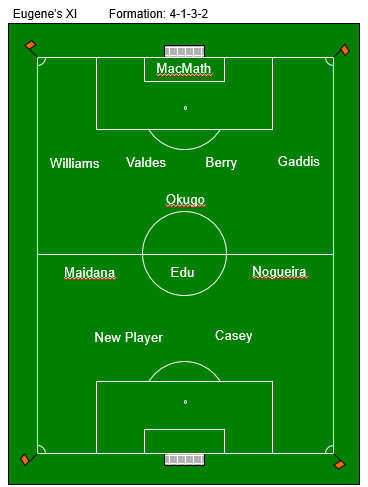 Eugene: If I were Nick Sakiewicz, I would do anything I possibly could to get Valdes back in Chester and then work on a DP center forward, preferably a guy in the mold of Jackson Martinez or Abel Hernandez. 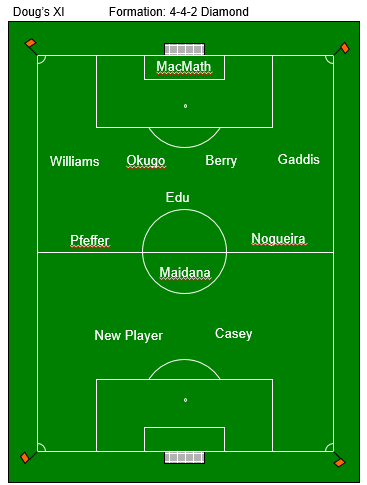 Doug: They'll go out and get a striker who isn't a one trick pony to compliment Casey's hold up play. I'll do anything to not play Cruz so Pfeffer gets the start until they call up Jimmy Mac or Riberio. 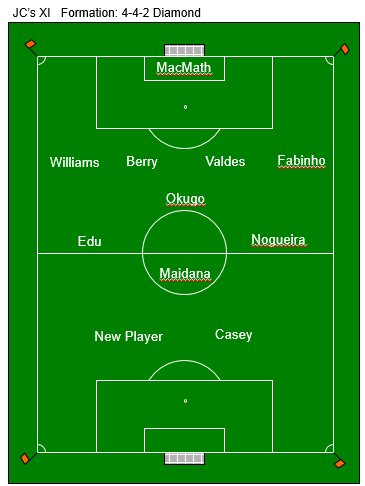 JC: I'm done with playing out of position players. During the game, Maidana and Nogueira can go wide for a change of pace. Did I mention I would release Cruz and Hopp? 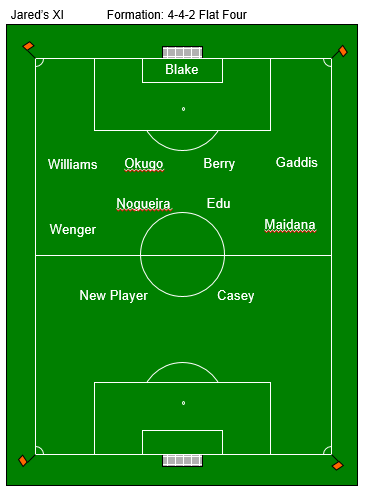 Jared: I'm moving on to Blake because MacMath is average and plateauing and potentially an expansion draft casualty next year anyway. No matter how you do this the Union are missing (at least) two players. A bona fide striker and a wide or central attacking mid (depending on where you put Maidana). But I pick Wenger there over the other options. 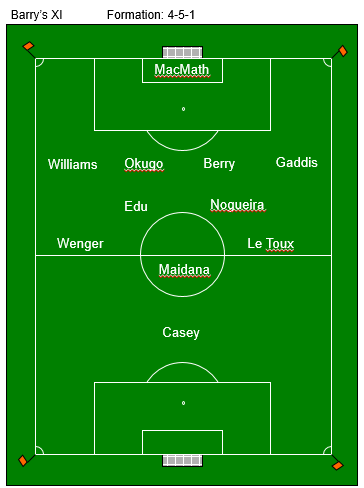 Barry: That's without any other player brought in, and would be the team i'd play at home and away to poor teams. Bring in Carroll for Le Toux for other games. 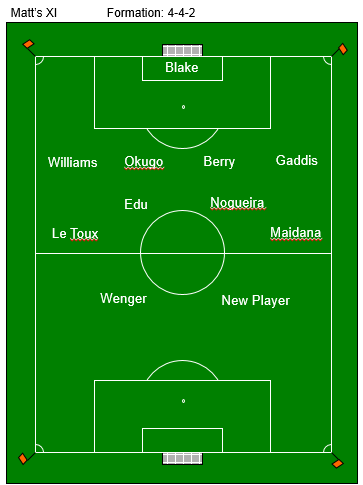 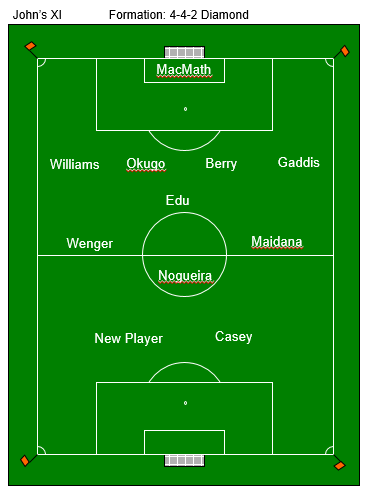 John:This formation would be modeled after RSL's diamond. The Union have created the third most chances in the league this year, but are only 11th in goals per game. With a new DP striker, that number should improve.

Here are a few observations on these recommendations to end this season's comedy of errors:

There you have it. Add your ideal starting XI to the comments section below!