Share All sharing options for: Local Spotlight: FC of Philadelphia

The Brotherly Game is always on the lookout for new and interesting ways to cover the beautiful game in the region, so with this new series we'll be introducing you to the inner workings of some of our local youth soccer programs.

I recently sat down with Steve Wilman, head of coaching at FC of Philadelphia (FC of USA), owned and operated by UK Elite Soccer. I asked Mr. Wilman a few questions about the still young (established in 2012) youth program. The Leeds United fan sounded very enthusiastic about the program's present and future.

tBG - What can you tell us about FC of Philadelphia?

SW - FC of Philadelphia represents a complete soccer program with travel, lifestyle and playing opportunities throughtout the year, but most importantly a coaching program that will allow children and young adults to thrive as soccer players.

FC of Philadelphia is committed to developing each and every player that comes to the club, technically and tactically. from our U6 & U10 development program, U9 - U18 Club teams, and U20 Super-20 teams. Every player can find a platform to succeed.

We feel we have an advantage over other clubs, our coaches work for us full time, other clubs have volunteers or part time coaches. When other coaches are at their jobs, we at FC of Philadelphia, are working on our facilities, programs and curriculums.

tBG - What age can children start at FC of Philadelphia?

SW - At the Academy, we have 6 week training programs in the spring, fall and winter (indoor), we start as early as 6 to 7 year old. 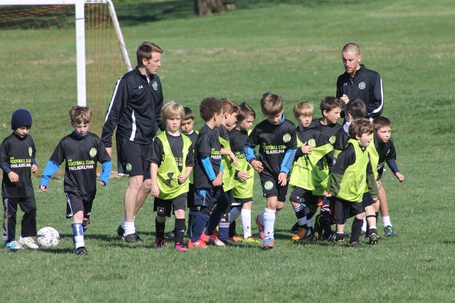 tBG - What is your relationship with the Philadelphia Union and it's affiliates?

SW -We have met with the Harrisburg City Islanders in regards to playing in tournaments. We currently have a meeting set up with the Philadelphia Union, we want to get linked with them but there's a few things that stipulations that need to be sorted out.

tBG- How involved are you in the inner city?

SW - We run a program at Girard College (2101 S. College Ave. Philadelphia, PA). Last year we ran the program for free to be able to get the word out. This year we provide a financial aid package for those that are interested and qualify. We want our inner city involvement to grow as we grow.

tBG - How do you attract talent?

SW - We run six week programs for 5- to 7-year-olds during spring and fall. Our main goal is to develop a foundation for good soccer habits. For the older players, we put together soccer teams where we train twice a week for six weeks. We play tournaments - this attracts players from other clubs that are otherwise dormant in the summer. Our coaches also identify talented soccer players and try to recruit them.

tBG - With the announcement of FC Barcelona opening an Academy in Florida, how do you feel about this competition for talent?

SW - In Eastern Pennsylvania there's a lot of clubs we're competing against as it is, along with the Union Academy. As long as the children get good coaching, and they are getting exposed to a good experience, I like it. Competition is good, we feel that with our full time coaches, we do a great job at the moment.

tBG - Can the next Messi be found in the United States?

SW - Yes, there's a lot of talent here, I don't think they are being developed properly from the important ages of 9 through 14.

tBG - What happens when your players are too old to participate in your program?

SW - Bill Brady, who coached Division I and II for fifteen years knows everything about the process, he guides the players on what they need to work on to improve their chances to get scholarships. We have seminars for parents so they know what to expect. We also attend talent showcase tournaments, where college coaches attend and basically scout the players.

tBG - Where do you see the program in five years.

SW - Owning or long term leasing a facility, with several fields, several turf fields, several lighted fields, and indoor place.  I see us having more teams, I see us competing with the bigger better teams in the area, teams like FC Continental, West Chester and Penn Fusion. I see us going above them - with FC USA behind us we have everything we need in place in terms of finances, structures, full time people working on websites, player registration, and allowing the coaches do what they do best - coaching the kids and putting programs in to place. We have coaches who will follow the structure we set in place so that the players will be passed from level to level just like we do in Europe and the Premier League.

tBG -Tell me about UK Elite.

SW - UK Elite's focus is on training. We go into clubs and train their coaches to run their teams and recreation programs. We do a lot of camps in the summer, from younger children to high school, we do day camps and overnight camps. 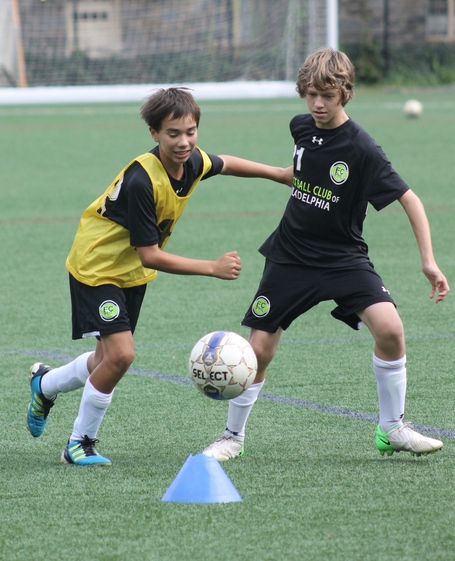 tBG - What's coming up for FC of Philadelphia?

SW - We are currently having tryouts for our club teams. We have tryouts for both boys and girls for our teams fall season teams. check our website for schedule.Our spring teams are finishing their current season, we have State Cups, College showcase tournaments. Then we take a bit of a break and mid-June to the end of July we have our summer teams. We try to attract players from other clubs that want to do some supplemental training. We'll have FC of Philadelphia summer camps during the summer and basically the end of August we start our season again.

We also just announced that we have hired (effective as of June 1, 2014) Gary Lewis, the Liverpool Academy Director for U12-U14 Boys as the Director of Coaching for FCUSA. Gary has had a very successful career coaching in one of the largest academies in the Barclay's Premier League, and we are very excited to welcome him on board. His national role will involve establishing a curriculum for all of our clubs - he will be instrumental in helping us hire new staff, as well as training and working with our existing coaches / teams as we grow across the country. Gary will be based in Ardmore, Pennsylvania and will be the new Director of Coaching of our Philadelphia Club. He will coach two teams, and oversee the running and structure of the whole as a whole.