This week let's "Tuesday Morning Manage" the Union game. What could have been done better? What were the missed opportunities? Did that sub really need to happen? We bring all the talking points to you each week right here.

No need to beat around the bush here. That game was abysmal, embarrassing, and could have been far, far worse than the 4-1 final score. Right now, the team is a complete mess and in need of something other than the apparent "friendly coaching persona" John Hackworth portrays.

So without further "Edu"* here are the game-changing moments from the loss at LA.

*Maurice now has more prominence in this article than he did in the run of play at StubHub Center.

Here is the proof that John Hackworth wants to be fired. Either that or he is so busy grasping at straws he is out of touch with reality when it comes to picking a starting XI. The line-up of Zac Macmath; Ray Gaddis, Sheanon Williams, Amobi Okugo, Fabinho; Brian Carroll, Maurice Edu, Danny Cruz, Vincent Nogueira, Leo Fernandes; Antoine Hoppenot is not one team that will reliably take points from most opposition in MLS. When playing 4-5-1, a there should be a forward who can hold the ball up and midfielders capable of keeping possession. Hoppenot cannot hold the ball up and Cruz and Fernandes (recently) do not excel at holding possession.

Hackworth changed the defensive pairings once again. So far in 2014 the central defense pairings have been Okugo/Austin Berry, Okugo/Aaron Wheeler, Williams/Berry, Wheeler/Berry, and now Williams/Okugo all in the space of 14 games. There is not a single successful team that continually changes around the two central defense partners. It's a minor miracle it took this long for the defense to look as completely lost as they have the past couple of games.

Unlike previous occasions when it took until the latter stages of the game for the Union to get their hearts broken, this time it was only two minutes into the game where the defense completely turned off and allowed a free header for the opening goal. Worse, this happened against LA Galaxy, this allowing LA to sit back and hit on the break, and the Union never came close to breaking down the LA defense afterwards. 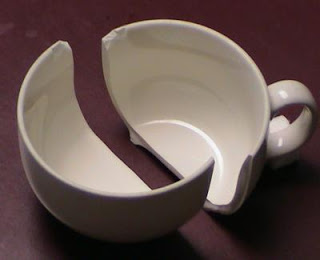 I have a good guess what Hackworth's half time talk was: "It's okay boys, we have done well, it's only 1-0, keep going about the same way out there and the goals will come." Well, despite the fact they were fairly terrible going forward, whatever advice Hackworth gave at half time had the opposite effect a half time team talk should have. Of course, that could be because Bruce Arena knows what he is doing, was unhappy with the Galaxy's first half performance, and let his team know it. I just hope the full time team talk wasn't: "It's okay guys, Landon Donovan is a great striker, LA is a great team, and we did well to keep it to 4-1" and hey wait a minute.

"You have to give the Galaxy a lot of credit. On a night like tonight we should be talking about Landon Donovan setting the all-time MLS scoring record. Personally to be in this locker room and feel this way I am very happy for him."

Though admittedly Hackworth was asked a question, he should not be talking about Landon Donovan other than a simple "he has been great in MLS and deserves the record." I have a massive issue with anyone in the Union locker room feeling happy about anything soccer related from yesterday. I'm not sure if there has been a more frustrating comment made in a post-match interview, coachspeak or otherwise.

I certainly hope that this California road trip is the last of John Hackworth's Union career, at which point Hackworth will have plenty of time to be happy for Landon Donovan. However, can Nick Sakiewicz and the front office save face before the PR nightmare that will be June 7 versus Vancouver Whitecaps? And are there problems further up the chain than just changing head coaches? We may soon find out as right now there is no confidence within the players, and the fans have no confidence in those making the decisions to do the right things. Instead of a "playoff push" and doing well in the US Open cup, a very real fear persists that the Union will end the season third worst in the league (or worse), and/or suffer an embarrassing 4th round exit from the U.S. Open Cup at the hands of Harrisburg City Islanders or Baltimore Bohemians. Yuck.

After the Union went down 2-0 thanks to a sloppy goal that saw Donovan turn up unmarked just a few yards out with a tap in, that's when the team really went into meltdown. Instead of trying to score themselves, the Union seemed to want to set up LA Galaxy to score instead, which is an unusual method of playing soccer. First it was Williams teeing up Robbie Keane to nutmeg Macmath for the third goal. Fantastic assist from Sheanon there. One minute later,  Conor Casey, who might be so old he simply forgets what team he is on, puts Keane through on goal again, but this time Keane's attempt at goal skittered wide. Sadly, they were the two best passes to set a player through that the Union made all night. 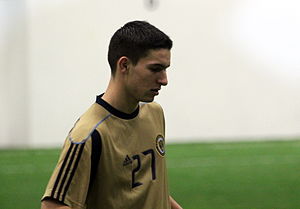 We need a good game-changing moment to end this otherwise depressing article on. Not that it is necessarily deserved, but at least it allows the maintaining of all our sanity. For the second game in a row, Zach Pfeffer came on and made a positive impact on the game. He won a penalty with a nice move into the box setting up the Union's only goal of the night. It would have been nice as a follow-up to let him take it, although Edu, who had been invisible most of the match, did easily slot it home. With two very poor games by Fernandes in a row and Sebastien Le Toux's "bad back," maybe it's time to give Zach his first start since the Nowak era. Hell, this felt like a Nowak era game with all the starting XI changes made.

Zach's addition also allowed us to have the comic relief of the LA Galaxy announcers calling him Zach "Pfeiffer." For those of us of an age to know who Michelle Pfeiffer is, I'm sure the imagery of a Pfeiffer on the field for the Union made the game a little easier to handle.

That was it for the LA game. Again, most of the moments that changed the game have a similar sounding theme, as Hackworth games are ever similar these days. It's getting to the stage that it appears more people are interested in not renewing their season tickets than being excited for the next home game. And while I'll never give up my season tickets for soccer reasons, I can see the frustrations that will lead to others not sticking it out.

The Whole Story: Union vs Galaxy