A visual look at Major League Soccer's Homegrown Player Rule, some of its nuances, and what it could look like when NYCFC, Miami, and Atlanta are added to the league.

Share All sharing options for: The Homegrown Player Rule - A Visual Guide

Part of Major League Soccer's reasoning for single-entity structure is to prevent the clubs from competing against one another for player signings. The lesson learned from the collapse of the NASL is that if teams compete for a player's signature, it will inevitably drive up the cost of the player, thus detracting from the league as a whole since every dollar spent on a player is one you cannot spend on another (without racking up mountains of debt).  This seems to both apply and not apply to MLS clubs vying for the signature of a Homegrown Player.

The Homegrown Player (HGP) rule is meant to allow clubs to sign young players who live within certain geographic regions to contracts with a specific club. Ideally, this means that a promising young player living in Dallas can't be poached by Houston Dynamo or Los Angeles Galaxy. The clubs are all assigned territories, and while there is no set rule prohibiting Los Angeles from signing the young man from Dallas to a contract, it would not be via the Homegrown Player mechanism. That being said, since all signings are with MLS and not the individual clubs one would imagine that there's no ostensible way the league would allow for such a poaching It's important to note that there's no such thing as a Homegrown Player contract, just a mechanism for acquiring players. That being said, two players acquired through the Homegrown Player mechanism can be signed for more than the MLS minimum salary and do not count toward the overall salary budget (like Generation Adidas players).. 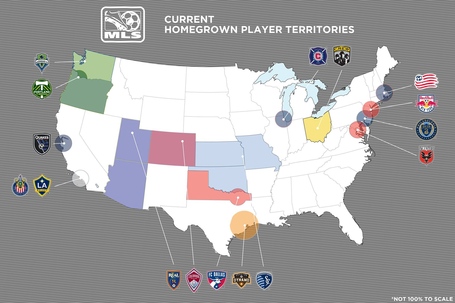 This system works well in certain cases. In the case of the San Jose Earthquakes, they are allowed to sign players to a HGP contract if they have resided within a 75 mile radius of Buck Shaw Stadium and have attended their academy for a year or more. 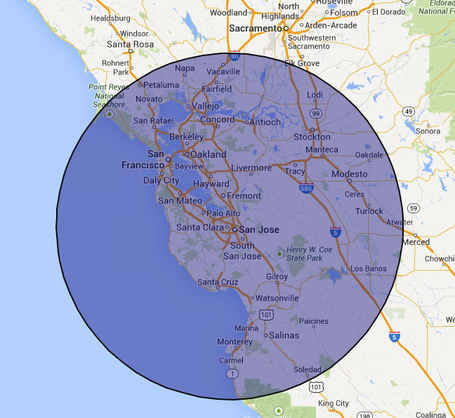 The 75 mile radius is supposed to be the norm, however there are many exceptions. Both the Colorado Rapids and Columbus Crew have their entire states to sign Homegrown Players from. Real Salt Lake has both Utah and Arizona to sign Homegrown Players from. In Canada, all three teams are allowed to sign players from huge areas - the Montreal Impact can sign players from all but the four westernmost provinces (British Columbia, Alberta, Saskatchewan, and Manitoba) and a 50 mile radius around Toronto FC's training facility. Toronto can in turn sign players from all but the four western provinces and Quebec, while the Vancouver Whitecaps get to sign anyone living in Canada unless they live in a 50 mile radius of Toronto's training facility or the province of Quebec. 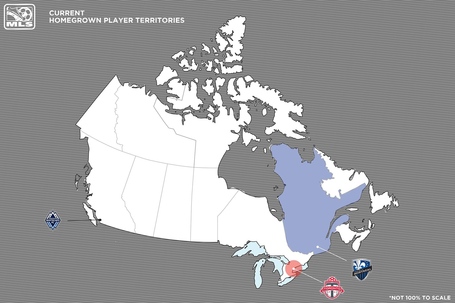 Where the system fails however is when you have two clubs in close proximity to one another. For instance, the Philadelphia Union have a 75 mile radius in effect, but aren't allowed to scout in the State of Maryland at all. This not only creates competition between franchises (the exact reason the single-entity structure is in place is to prevent this) but also excludes a small portion of Maryland because it is outside of the 75 mile radius around RFK Stadium (D.C. United's HGP territory). This means that a young prospect in Cecil County, MD is not allowed to sign an HGP contract with either Philadelphia or DC. 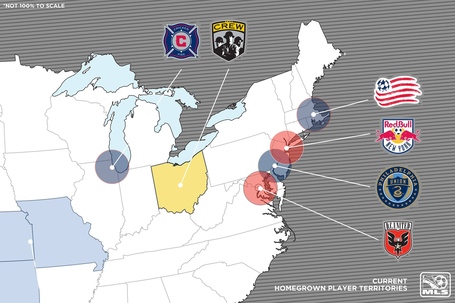 The Union also must contend with sharing a good part of their territory with the New York Red Bulls. Both teams have a 75 mile radius, and neither team are allowed to scout within a 25 mile radius of the other club's stadium. This still creates direct competition between the two clubs for talent - something that seems to be the antithesis of Major League Soccer's single-entity structure. 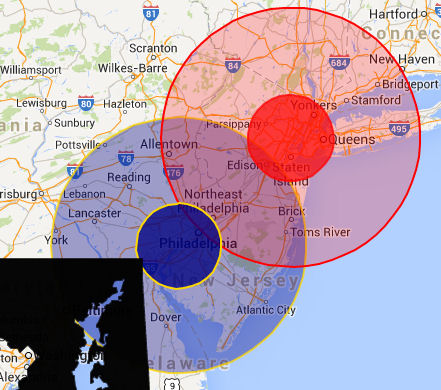 This also creates a situation between the Los Angeles Galaxy and Chivas USA because their scouting territories are the exact same 75 mile radius around the StubHub Center. Both teams not only have to convince kids not to go to any of the Liga MX club academies in Southern California, but not to play for each other's academy as well. 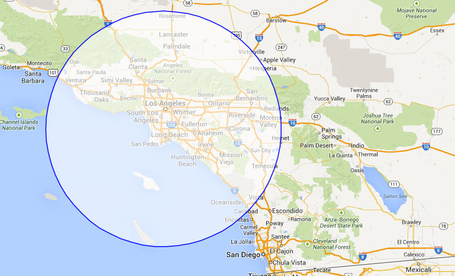 Another situation is that while some clubs have a small geographic location, others are given much larger swaths. While this doesn't always equal a larger population (or more importantly a larger talent pool), this does set a rather dangerous precedent. Sporting Kansas City has the entirety of Missouri, Kansas, and Oklahoma as their territory. This is a population base of roughly 12.8 million people (estimated populations are as of July 1, 2013). The Columbus Crew have the entire State of Ohio, whose estimated population is roughly 11.6 million. These dwarf the population base of the State of Colorado, which gives the Colorado Rapids a base of only 5.3 million. 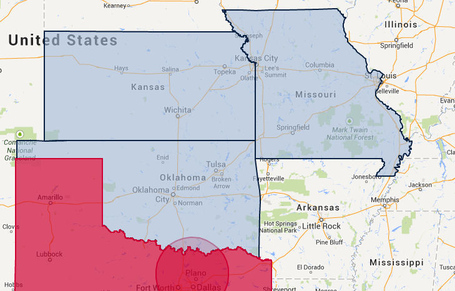 Territory size isn't everything though. As Matthew Doyle's article points out, there are soccer hotbeds in the United States and it's important to point out that these hotbeds all fall into a club's homegrown player territory. Sporting Kansas City gets St. Louis, Missouri. Chivas USA and the Los Angeles Galaxy share (most of) Southern California. And the Philadelphia Union and New York Red Bulls both get both North Jersey and the Greater Philadelphia area to draw talent from.

It will be very interesting to see how NYCFC skews the landscape of homegrown talent signings from North Jersey and the Philadelphia area. While NYCFC's territory most likely won't fully overlap with that of the New York Red Bulls, it will nonetheless encompass most of it as well as overlapping most of the Union's territory much like Red Bulls' does now. Will there be bidding wars between the three teams for homegrown talent? There are so many factors to consider - will NYCFC place a high value on developing Homegrown Players like the Union and Red Bulls? Will Red Bulls continue looking to their youth program for talent? Philadelphia seems committed to this philosophy, having recently opened a high school specifically for their academy players. 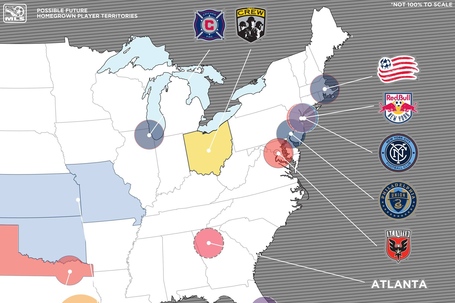 Another interesting scenario to ponder is the inclusion of Orlando City and Miami. If the 75 mile radius is still the go-to rule, Orlando will have access to some of the Tampa suburbs, but a large portion of the Tampa-St. Petersburg metro areal will go unclaimed. A source at Orlando City SC said they had not been informed of what the Lions' HGP territory would look like when the come into the league next season, however the territories could be gerrymandered like those for FC Dallas to include that area and possibly Jacksonville as well. What about the IMG Academy in Bradenton - the residency facility for the US Youth National Team? If that were to fall into a team's territory, would that mean that either Miami's club or Orlando City will have access to any and all USYNT players to sign to HGP contracts? 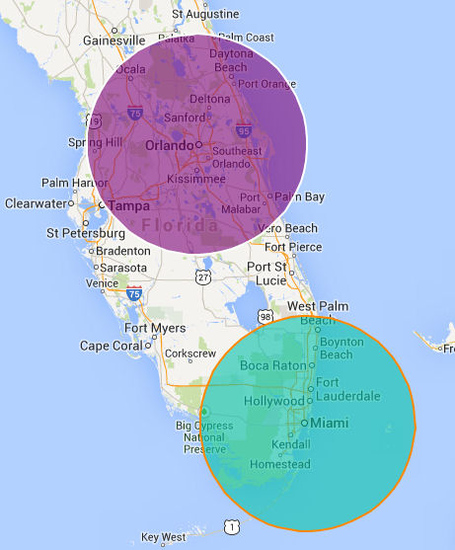 It all remains to be seen. The Homegrown Player rule could potentially be something brought up in the next round of Collective Bargaining Agreement (CBA) negotiations between the league and the MLS Player's Union (MLSPU), as these Homegrown Players will (hopefully) eventually become dues-paying members of the MLSPU. Then again, until they sign a professional contract, these prospects don't have a voice in the MLSPU. Still, if the league starts to play hardball with the players, this had the potential to become a bargaining chip. 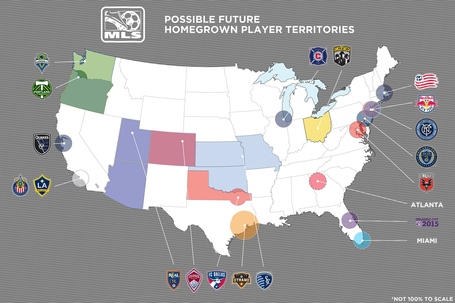