My Trek to New York (Jersey)

It had been almost two years since my last journey to the tin can that is Red Bull Arena. I traveled there filled with optimism of a victory, would I leave satisfied?

Share All sharing options for: My Trek to New York (Jersey)

This was not the first trip I've made with the Sons of Ben, and it certainly won't be my last. I've traveled twice each to New Jersey and Washington DC respectively, but I hadn't traveled anywhere for the Union since August of 2012.

This trip was a long time coming.

I took the Union bus with a friend for the first time, which was a completely different experience than just driving to a road game by yourself. There wasn't a real collective emoted excitement discussed among the fans on the bus (at least around me). The closer we got the more talkative the bus got as we tried to compete with the audio from our featured in-bus movie Hook. In between Robin Williams, Dustin Hoffman, and Julia Roberts' dialogue and action packed scenes of a childhood classic, I hoped that this would be the first trip I would head home feeling on top of the world from victory. 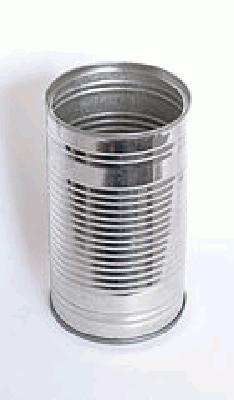 Arriving at the Tin Can in Harrison, the weather was a tad colder than the mid-July game I attended in 2012, and while the traveling group of fans was a tad fewer than that game, there was the same amount of excitement to march up to our perch and scream our lungs out to announce our presence.

We blew the roof off the place to start. Boisterous and loud, the Sons of Ben crowd may not have showed themselves rowdy prior to being in the stadium, but once the game started they left no doubt who they were there to support. After a good first half and a ten dollar hot sausage, the good times fell flat on their face as once again an undisciplined performance led to two Red Bull goals in the first 20 minutes of the second half.

Although demoralized, the chants kept coming, but understandably not as strong as they were in the first half. The last fifteen minutes of the game gave our band of supporters hope to rally around as our little 200 level section found its second wind and rained down cheers onto the scattered attendees in the lower bowl. Sebastien Le Toux slipped a penalty kick under Luis Robles after Ibrahim Sekagya high-fived a shot on goal from Maurice Edu, which sent the Sons of Ben into a raucous fury.

Ultimately, I was left disappointed, as the listless Union couldn't find a way to claw back against a ten-man New York team. My road travel record dropped to 0 wins, 1 draw, and 3 losses with 2 goals seen scored for the Union, and 8 goals seen scored against.

There was one positive drawn from the game that has been stuck in my head since late last night on the bus heading home. Now, from a mixture of my seat in PPL Park and also my near blindness, I have trouble seeing the full field when the Union play. The vantage point I had at Red Bull Arena up in the desolate second level gave a very good view of the field and I must say, what a joy it is to watch Vincent Nogueira.

Joy is something I don't get to express often when watching the Union.

What a stud the Union have in thier midfield and we should be counting our blessings. His numbers back it up, and watching him put up those numbers is as elegant as it is effective. Calm on the ball, efficient in his passing, and sure-footed when he scrambles, Nogueira is the man of this team. He's where it starts, and without him I truly believe now that we wouldn't be viewing the Union as a team with so much potential.

I left Red Bull Arena disappointed but equally impressed by Philadelphia's little midfield maestro. As impressed as I was, I knew it wasn't all sugarplums in Unionland as a big game against Houston comes up all too shortly, in arguably the closest thing to a must win game we've had this season. Here's hoping John Hackworth isn't as baffled after that game.

We can't afford to be baffled anymore.