We all "Monday morning coach" every Union game with our fellow faithful after each game. What could have been done better? What were the missed opportunities? Did that sub really need to happen? Whether one actively asks such questions on social media, we know we are thinking about it. This weekly feature hopes to stimulate that discussion process.

It is the work week again, and looking back it was a good weekend for the Union. A 1-0 win at home, another clean sheet by Zac MacMath and another home-opener goal by Le Toux. I discuss what i thought were some of the game-changing moments of the game that allowed the Union to go to the top of the East (until Houston played). 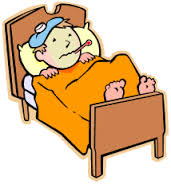 Being without my phone before the game, it was a shock when the starting XI was announced. I had hoped it was a tactical decision by Hackworth, but the decision was taken out of his hands by flu-like symptoms. In terms of being a game-changer we have no idea if it made a difference or not. However, Leo Fernandes came in and had his best MLS game in a Union shirt. The team dominated the first half, and Leo's persistence paid off when he got the ball on the left, and squared it for Sebastien Le Toux to tap in yet another home opener goal.

In terms of the rest of the midfield, Edu had to sit back more than he normally would. This had absolutely no effect on his game however as he was outstanding in the all defensive role he played. Nogueira dropped back into the "Edu role" and between the 3 of the midfielders, there wasn't a weak spot to be found.

If Carroll had played - it's always a question would we have dominated the midfield as much as we did at home. It basically takes 1 player out of the equation for building an attack. I'd love to see this done tactically in future, either with Fernandes, Bone or Pfeffer getting minutes at PPL park against teams that seem as poor as New England were.

2. Zac MacMath's outstanding save in the 38th minute .

Instead of a mistake being one of the game-changing moments, this time it was an outstanding save by MacMath. A goal kick by NE led to the only time in the whole game they really got behind us. A cross came into the box, and Fagundez was there with the goal wide open (Zac was on the other post really). Simple tap in right? Wrong. MacMath somehow managed to scramble across the entire width of the goal to get a foot onto the shot. Not only that - he did so in a way the ball bounced back off Fagundez and over for a goal kick.

This is likely the biggest game-changing moment in the game. A goal then, and it's completely different. New England would have got back on level terms (it was 1-0 at the time), having been dominated all game. Goals against the run of play like that will often change the attitudes of both teams, giving New England some hope and confidence, and maybe making the Union's heads drop as we lost a lead for the second week in a row. The save should be the winner of the save of the week award in MLS - although to be fair Shuttleworth had a great save earlier in the game. That wasn't a game-changer however, as the Union were dominating at the time, and continued to do so. A Union goal wouldn't have changed that.

Confusion reigned when the announcement of the substitute was made at the start of the second half. I hadn't noticed that Berry got hurt in a first half clash. Apparently it is a shoulder injury he sustained when he clashed with Lee Nguyen. Hopefully this isn't long term or it could be a major blow to an exciting, encouraging start for the Union. While Wheeler did well, the change also led to a change in philosophy for the game by the Union. From that point on, it was the old "sit back, maybe hit on the break but certainly not give up a goal" philosophy.

Obviously since Wheeler isn't a defender the team sat back and helped him out (why didn't White play you may ask?) New England got more and more of a foothold of midfield as the team played closer and closer to the Union 18 yard box. Luckily, there was nothing more than some long range shots for MacMath to deal with, and unlike last week, we held out. I hope that the change to more defensive was all to help out Wheeler and not just because we were beating a poor team 1-0. I had wanted a 4-0 statement win.

4. Referee actually allowed play to continue in the goal.

While not really changing the game with the calls, there were many terrible decisions made by the 4 referees all game. At one point, a ball had gone out of bounds by a few feet - and the assistant referee was too busy looking for offside instead of paying attention to the ball. Where a referee decision did come into it was for our goal. I had thought the ref would call it off wrongly because of a foul by Fernandes, but thankfully that time he didn't blow for the call when the New England player tumbled as Fernandes turned him to get free.

While i do appreciate the replacement refs for allowing the games to go ahead - hopefully PRO and MLS get their acts together soon and get things sorted, so that we can get back to sub-par referees instead of terrible referees. (I do need to point out that last week's Portland and Union game was refereed very well - this week's games seem to have a lot more talking points with regards referees however).