Ebun Olaloye believes that there is.

Along with Domenick Cucinotta, Olaloye's co-founder of the wildly popular Live, Breathe, Futbol line of soccer-related clothing, the Pennsauken, NJ native has teamed up with Tom Kennedy to open a brick-and-mortar store called Media FC at 300 W. State Street in Media, PA. While LBF has been sold in a few stores before, this is a unique venture. It's not only a store to showcase the LBF lines, but a soccer destination. There are both club and country kits as well as a wide range of clothing (hats, scarves, gloves, etc.), equipment (goalkeeper shirts, gloves, socks, etc.) and cleats. In the words of the immortal Billy Mays, "But wait, there's more." 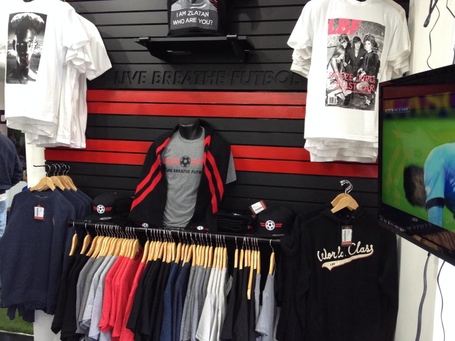 There were 5 televisions, all showing the day's matches. here's also a game room with turf flooring. There are two XBox'es with FIFA 14 to play while sitting in stadium chairs. While I'm more of a Football Manager guy, the kids playing were having a blast. There's also a foosball table there (I lost 10-7 to Two-Pole Kevin) to help complete the immersive experience. Olaloye and Cucinotta have designed and helped curate the store, do the branding, and also help promote the store using their creativity and tech savvy. 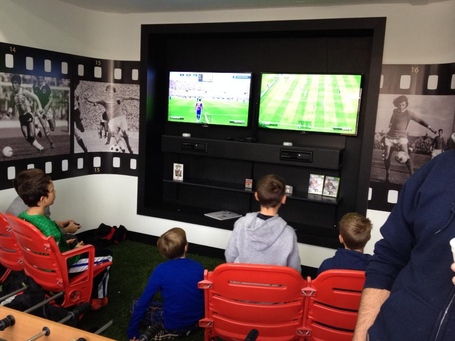 Media FC had it's grand opening celebration on Small Business Saturday. "That was not a coincidence." said Olaloye. The place was packed for the time I was there. Philadelphia Union players Sebastien Le Toux and Sheanon Williams came out to check out the store, as did Sons of Ben Vice-President Corey Furlan and Bearfight FC President Jeremy Sharpe. But more encouraging (at least to me) were the people there I didn't recognize. These are the people who will help grow the business - and the game of soccer - far beyond the core audience of players and the members of supporter's groups. Can a soccer shop on a street filled with upscale bistros and clothing boutiques make it, especially in this economy? I believe that it can. Soccer is on much more of a solid cultural footing than it ever has been before. Commercials show people playing soccer to hawk all sorts of products - cameras, supermarkets, and a host of other products that have little to no correlation to the game. Local news stations show highlights of matches and while they might not get the same coverage as the baseball, basketball, football, or hockey team they still get more coverage than sports that are clearly second-tier like lacrosse, arena football, and the like. Is Main Street America ready for a soccer destination? I agree with the guys at Media FC that there is indeed. 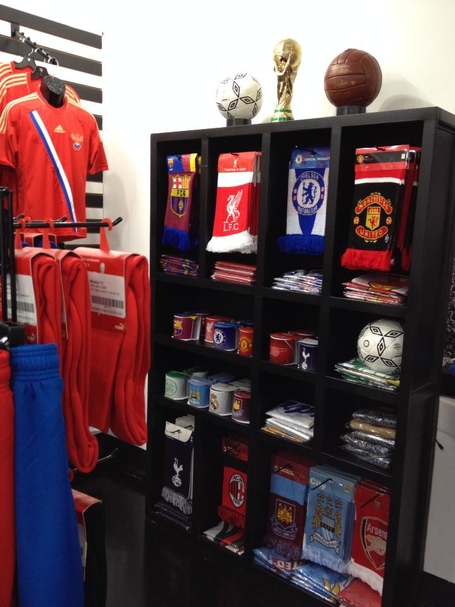