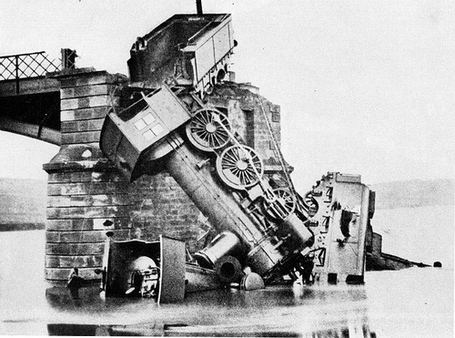 Last November 4th, Union fans woke with the hangover of a 3-1 aggregate playoff loss to the Houston Dynamo. Laced in our morning coffee that day was the hope that the club could build on a great second season and that the third might be that bridge to a Cup(s). Fast forward to the end of May 2012, a mere 6 months elapsed, and the Union are nothing less than a disaster.

How could this happen? Better yet, why did it happen? Let's discuss after the jump:

Peter Nowak is (A) a bad tactician, (B) poor judge of talent, (C) not strong at developing young players, (D) too authoritarian for veteran players, (E) All of the Above.

I'll let you answer that one. Done? Pencils down. Answer -There were no wrong answers to that one. At any point over the off-season through today, any or all of them came into play. Veterans were shown the door in a manner similar to in-laws being given their hats & coats after Thanksgiving dinner - "We were given an incredible offer on left-overs", "They really wanted to go home", et cetera. Young'uns were told they were the future and the future is now. Unless of course the team promptly brings in a slightly older veteran who will now block you. Want to get on the field? Come tell me you'd love to play a position you haven't played or can't play, and you're my boy, Blue. 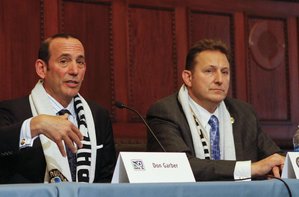 If Nowak is in charge of the on-field product, what about the guys managing the budget? With MLS' intentionally vague and mysterious contracts and rules around allocation money, it is very difficult to discern how strong that group has performed. To date they have publicly backed Nowak, but it's fair to wonder how strong a F.O. leader is Nick Sackiewicz really. He led the Mutiny into contraction and presided over 0 (zero) Cups with the MetroStars, leading them into the Red Bull sale. Not a particularly outstanding record. The roster moves may also be a complete fire sale from 2011 to 2012, indicating that principal owner Jay Sugarman's corporate real estate portfolio has taken it in the can. When you look at the outflow of talent/salaries (I make the distinction because JD Gonzales was paid as if he was talented), it has all the appearance of a fire sale on the level of the Florida Marlins house-cleaning post World Series. Wait, you say, they must be making a ton of cash from tickets, souvenirs,etc, they can't be broke! What we don't know is how deep the liabilities were on that balance sheet, how much was borrowed for the expansion fee. This team may be underwater. And think for a minute on that - what if Nowak has been directed to sell off anyone of value to cut costs? What if the coach we thought mildly eccentric for the constant formation tinkering, is merely a good company man and following the budgetary directives of the men behind the curtain?

So where does that leave us?

We are one pissed-off fanbase right now. We snipe at each other on boards about who is the bigger fan, who is a bandwaggoner, who spent more as a STH, whatever. We lose to rivals, to non-rivals, (possibily tonight to USL teams) and we do it badly. All we're given as a lifeline are vague assurances that the Fort Knox-like stack of allocation bills will be spent during the upcoming transfer window. But that brings us back to "Why"? Why did we need to sell assets that performed to get allocation money to buy replacement assets that may not be as good? Why would a decent player sign with a team fast developing a reputation as a team veterans are glad to be clear of? Why, Peter, Nick, Jay, why?

We can still support. We can still hope. But it is increasingly difficult to do so without questioning why.