We've shown you the 'Stache Bash shirt, made our live music announcement, and made our call to arms. Now, we bring you the most comprehensive list of 'Stache Bash 2012 raffle items to date. We have over 30 items, most donated by private individuals and local businesses,

We have received donations from numerous businesses owned or operated by Philadelphia Union fans and Sons of Ben members, making 'Stache Bash more than just an charity event, but a show of support to and from our local business community.

The raffle prices ticket prices will be: $5 for 10 tickets, $20 for an arm's length, $30 for a wingspan. Just like our Help Kick Hunger event in January, each item will have a bucket to place tickets. Prizes will be drawn throughout the day and winning ticket numbers will be post via the raffle board, twitter, and facebook.

Here is our most current list of raffle items (after the jump)...

Special thanks to Captain Danny Califf for getting the banner signed for us: 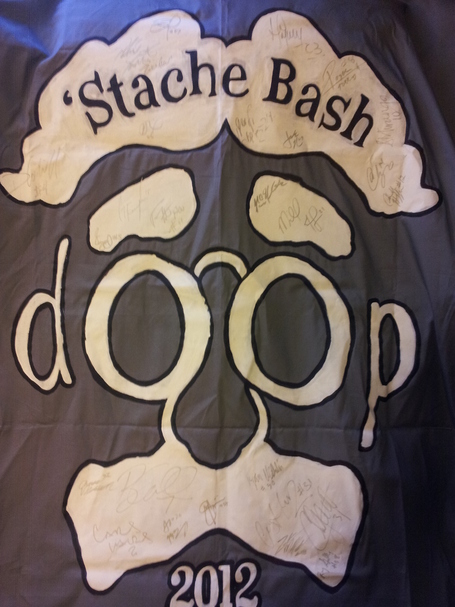