Share All sharing options for: The Philadelphia Union Tribute To 9/11 At 9:11

The video says pretty much everything one needs to know about the situation and I don't want to say too much about it myself. The following is a short write up with some pictures of the tribute to 9/11 victims and America that the Sons of Ben, and other Philadelphia Union fans, did during the game against he Portland Timbers last night.

At 9:11 minutes into the game, the Sons of Ben and other Philadelphia Union fans sung "God Bless America" in full, with the supporters group also doing a second round of the song. A large American flag was unfurled over sections 136 and 137 of the River End, covering most of the fans standing in the area.

Throughout the stands could be seen smaller 'game day' flags, with many of the over 18,500 in attendance participating in the 9/11 tribute.

After the jump, photos of PPL Park during the tribute time period (updated as more are found). 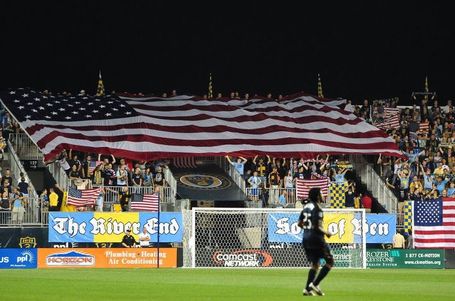 (via Megan Whitman of the Section 133 Illegitimates) 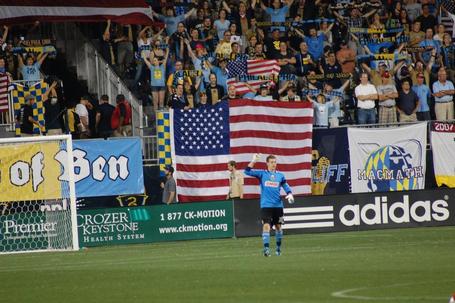 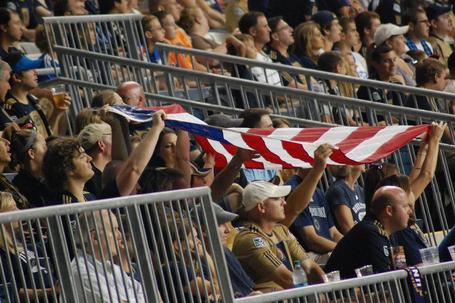 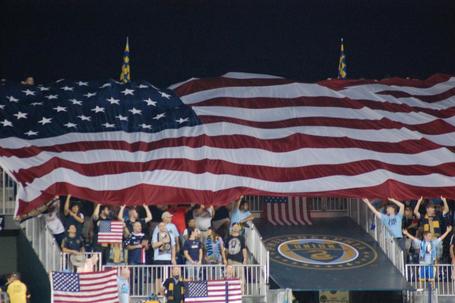 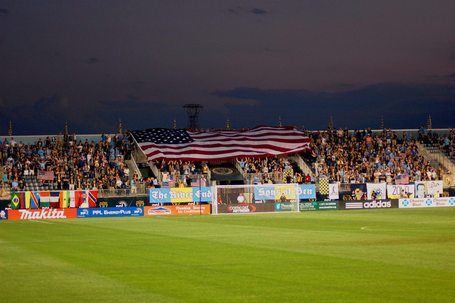 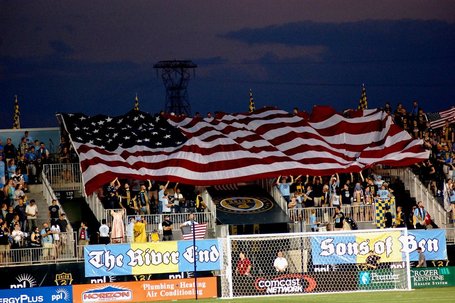