Catching Up With Juventus As They Leave Philly

Share All sharing options for: Catching Up With Juventus As They Leave Philly

Juventus left Philadelphia yesterday and headed out on a train to go up to New York, where the Italian giants will face Mexican side Club America at Citi Field (home of the New York Mets).

During Juventus' stay in Philadelphia, the team's website tracked the every movement of the players, including where the club was due to travel. Yesterday marked the last morning of Juventus' time in Philadelphia and the team website noted that a train would take the Italian side to New York through 30th Street Station.

The Brotherly Game went to 30 Street Station and caught up with Juventus as the team was set to leave.

There wasn't much to take from the visit, other than that most of the players were brooding and not talking to one another. The only player that uttered any words to the few fans that made an effort to come out to see them was former Italian international striker Luca Toni.

After the jump, other photos... 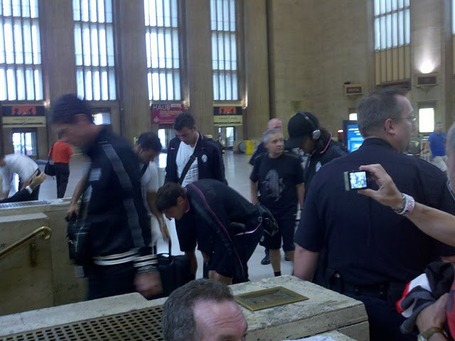 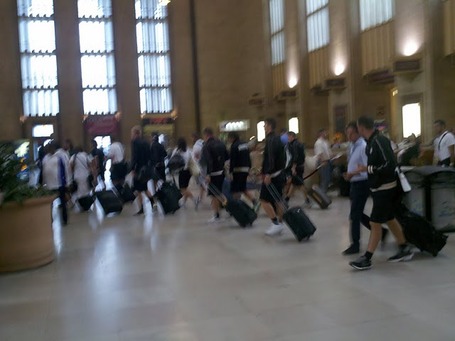