When the Philadelphia Union announced that the team would substitute what it called "commemorative" season tickets for a new card system, fan interest was piqued on what changes would be added.

A loyalty points program was soon thereafter released to the public and there was an excitement over Twitter, Facebook and soccer blogs or forums about the prizes that season ticket holders could receive. Easier access into the stadium, the possibility of being able to load money onto card in the future and various other gimmicks to appease the season ticket holder fanbase.

Fact is that the team fell flat on providing their fanbase with something special for patronage, even while ignoring that some fans have yet to receive season ticket packages or tickets less than a week from the first home game.

The cards that the team has provided as a replacement for the glossy, classy and 'collectible' tickets from their inaugural season are plain, uninspiring, uncreative and rather boring. Something that was promised as a card to keep as a collectible is less appealing than my ATM card from my bank. 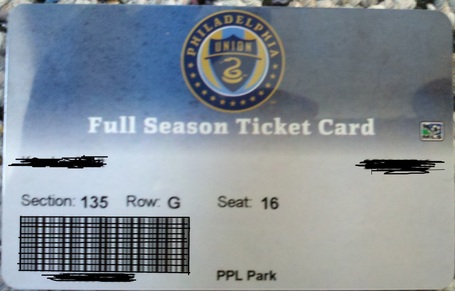 Secondary disappointment was found in the "surprise" that season ticket holders would find in their packages. In the words of the Sons of Ben at Stoney's Pub in Delaware during the Houston Dynamo game, "Who wears short scarves?" 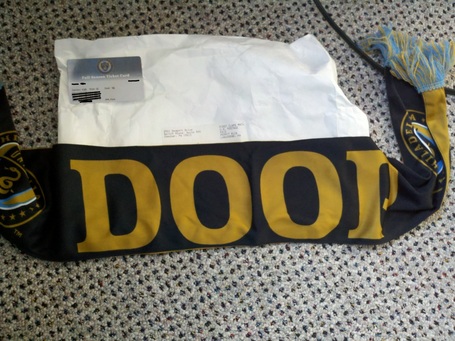 After the jump, we'll take a look at what a rival - DC United - gave to their season ticket holders. It may just surprise you.

A paper package, bland card and underwhelming scarf were still all part of a new experience. I do thank the Union for recognizing that season ticket holders are the backbone behind the success of any sports franchise and deserve to be rewarded for supporting a team.

However, when one takes a gander at what other teams gave their fans, it becomes hard to accept that the Union's package was the best that the young franchise could muster. DC United's package blows the Union's away. Here's a fan's list of what he received from United:

Scarf, hat, tickets, pin, lanyard and pass (for what, I don't know), discount cards, Ledo Coupons, 2 patches, and a banner. 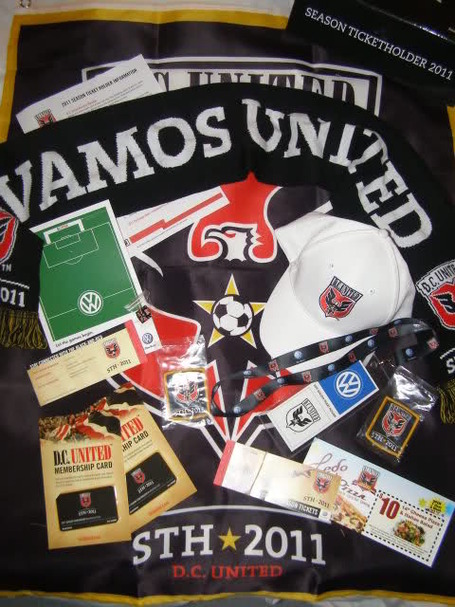 It also came in a nice box, packed and organized: 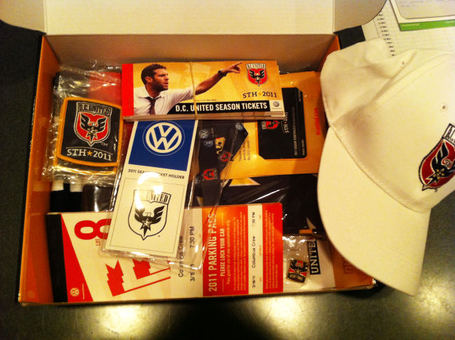 What do you think? Did the Union do a suitable job with their season ticket holder package or after seeing what another team (a rival, even) provided make the Union's package fall flat?