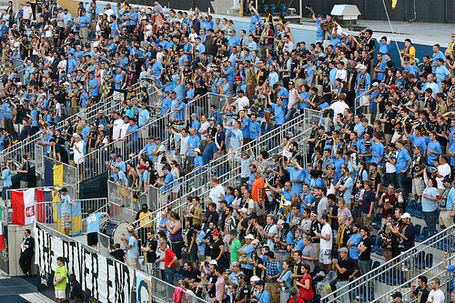 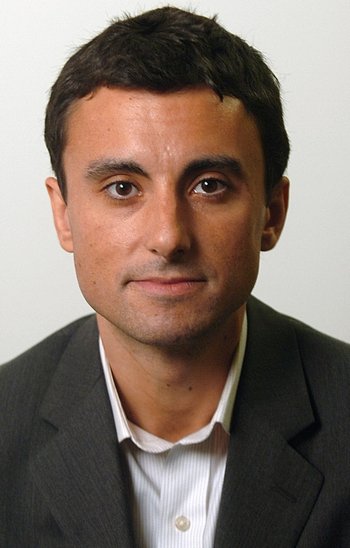 @gonzophilly I wrote this a little bit ago, figured it'd be right for you to read and possibly respond to it: http://bit.ly/cJw2iC

Dunno who this Gonzo guy is, but he sounds like an ass. After Sunday, only one real football team in town RT @scotkess: http://bit.ly/cJw2iC

After the jump, analysis on Gonzo's Union related writing and retorts...

John Gonzalez - the highly sarcastic writer brings an almost perpetually satirical approach to sports analysis and writing that seems to automatically turn off certain groups of readers.  Gonzalez, "Gonzo" for the purpose of the Inquirer Sport section's Page 2,  happily denounces certain sports and activities that occur within or around Philadelphia, as though he prides himself as a reincarnation of one Joseph McCarthy.  His Red Scare has come in the form of city-wide bicycle transportation and with the overall sport known as soccer (association football).

In "Let's Be Frank: Fitzpatrick, Gonzo And Others Are Missing Out On The Union," I covered this issue and presented the side unrepresented in "Talkin'" back during the week of August 27th.  Proudly denouncing a sport that he has most likely never given a chance, Gonzo and his favorite 'buddy' in curmudgeonism*, Frank Fitzpatrick, decided to take a conversation about the Sixers and turn it into a Union insult-fest.  Apparently, unknown to the 17,000 plus who populate PPL Park at any given home game, the Union are barely watchable/.  But, if in addition to a seat, a spectator (not a supporter in this instance) receives a fully loaded all-you-can-eat buffet they can (possibly) be bared.

Which leads to Gonzo's now non-existant relationship with the soccer faithful of the City of Botherly Love.  Not happy with just ripping on the Union in the Inquirer, Gonzo's famous sarcasm came to play over twitter when asked for a comment or response on our story.  His response can be seen prior to the jump.  In response to his tweet, I replied back:

@gonzophilly Which is an interesting statement considering the Union sold out a stadium and WON A GAME. :o

His response was unsurprising and was as tongue-in-cheekly sarcastic as possible:

That's what I meant. Real team = uuuuuunion RT @scotkess: interesting statement considering the Union sold out a stadium and WON A GAME.

Gonzo should not only be criticized for the words published under his names but also in the manner he choses to badmouth the Union.  Gonzo uses his word space to bounce around with his ideas, using what @Capt_Unpossible describes as "below average, negative and incendiary writing."  If one was to seek out the ESPN equivalent of an entertainment or reads/views whore, it would be Gonzo.  He purposely says things that will entice a person to read or comment on a story just for the sake of his writing being quantified by numbers.  Take ten minutes to read one of his weekly Q&A's on Philly.com and you'll find that even serious questions cannot be simply answered.  Everything is a joke to him and that severely depraves his writing of having any substance or depth to it.

In stark comparison to Gonzo is Ray Didinger (and I apologize for this comparison because this is highly insulting to Didinger, as having the two in the same sentence is undeniably ridiculous).  Didinger can take a situation and lay it out for either the layman or the educated at the same time.  His writing reaches the masses because it is accessible, serious and has considerable depth and accuracy to it.  Because of his long time dedication to accurate and insightful writing, Didinger earned himself a position in the NFL Hall of Fame and in the hearts of Philadelphia readers across the city.

Giving no credence to the Union, who are part of the three largest on average attendance drawing league in the nation, is rather childish of Gonzo.  Acting like a five year old who refuses to eat his vegetables no matter what does not prove oneself as a journalist or a sports writer and reporter in anyway.  As I stated in the first story, "Some people, especially in the local mainstream media, are really missing out on embracing and enjoying the Union. Fact is, the Union is a great product and isn't missing those who choose to ignore it"

So, Mr. Gonzalez, after Sunday there are still two football teams but only one sarcastic, never serious, over promoted magazine writer.