The Net - The one where everyone hates Robert Pirès

Share All sharing options for: The Net - The one where everyone hates Robert Pirès 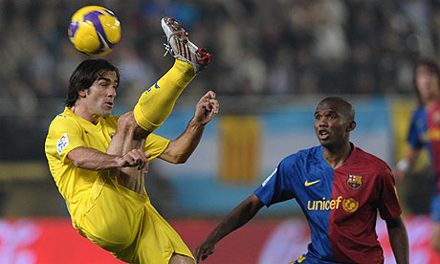 Philadelphia Union boss blasts Robert Pires comments
"Mr. Pires is supposed to come here and promote soccer, not worrying about being in a vacation resort in some 'beautiful' city."

Union not happy about Pires' anti-Philly remarks
"It's a bit of a shock as to where all this is coming from," said Sakiewicz. "A, He's never been here and B, we never made him an [official] offer. Look, I think Robert is a good player with a lot of experience and a lot of good football left in him, but he may just not have been for us; and obviously, given his comments, he clearly is not for us."

James Clark's soccer blog: Robert Pires? "You're not fit to wear the shirt"
Wonders never cease, and it's clear the Union is better off pursuing a foreign talent who actually wants to be here and give his heart and soul for the team and its fans. You can keep chasing that New York dream, Mr. Pires. But as everyone who bleeds Union blue and gold can tell you, in true soccer sentiment, you're not fit to wear the shirt.

Union's Zimmerman, Noone see action for Harrisburg
Philadelphia Union midfielder Nick Zimmerman scored the game-winning goal for the Harrisburg City Islanders (1-4-1) in their 2-1 win over the Charleston Battery (6-1-1) in Pennsylvania’s capital last night.

Bad news ahead: Union hit the road
The Union have lost all five of their road matches, including a one-goal decision at New York. They have been issued three red cards.

Goalie learning on the job
"Chris kept us in the game and that's the whole credit in the first half," Union coach Peter Nowak said. "He was very solid and very confident and everything starts with that. As soon as we know what to do defensively, and we have a guy who is going to keep us in the game, then we have a chance to move forward."