Why PPL Park is a great name

Share All sharing options for: Why PPL Park is a great name 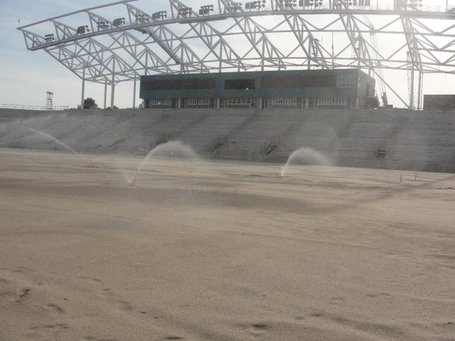 When I first heard the stadium rights had been sold to some energy company I hadn't heard of I was slightly disappointed.  PPL.  Hm.  Well at least its not a bank (see Wachovia).

Then it hit me.  The first time I went to say the stadium name I was exhausted.  Concentrating on the acronym: P-P-L.  Wait a second.  PPL, kind of like a term we use often here on the series of tubes: "ppl" short for people.  It's not P-P-L Park.  Anyone born after 1982 would simply call this new stadium People Park as a result of the internet.